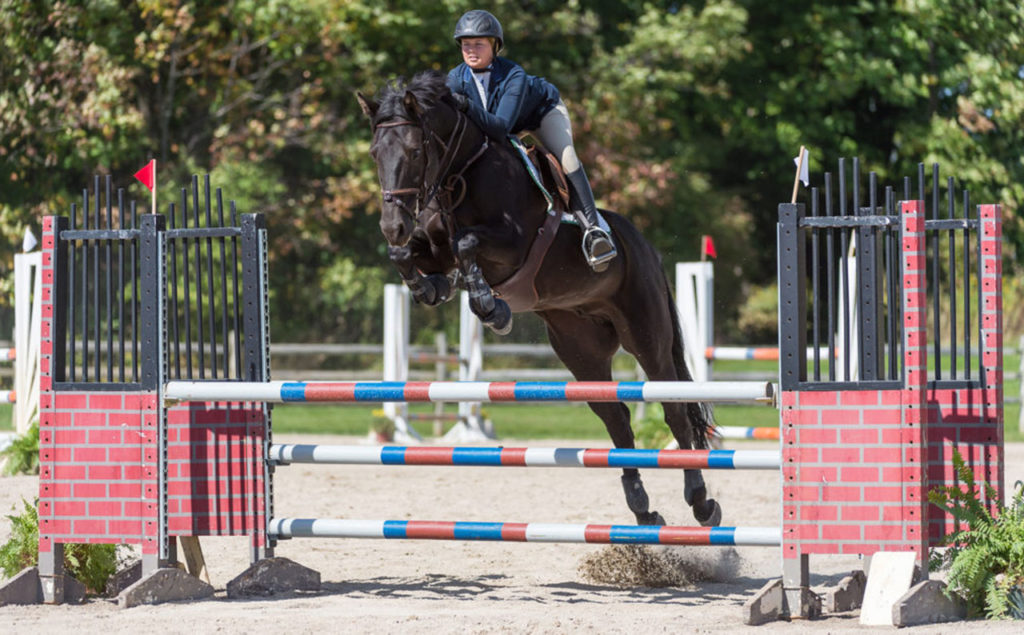 Chagrin Falls, Ohio—March 28, 2018—The Chagrin Hunter Jumper Classic (CHJC) is pleased to announce that its popular opening week show at the Cleveland Metroparks Polo Field, Thursday, July 5 to Monday, July 9 will be sponsored by Schneider Saddlery in tandem with Chagrin Valley Farms. Schneiders, which is celebrating its 70th anniversary in business, has […] 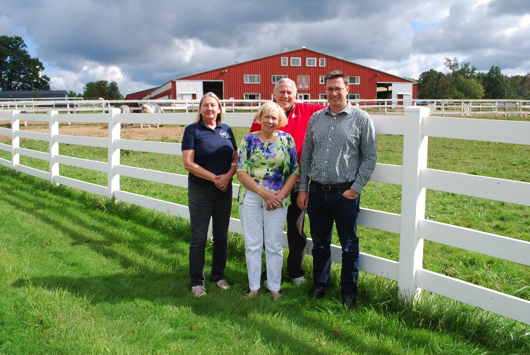 Chagrin Falls, Ohio—September 1, 2017—Linda Joseph, owner of Chagrin Valley Farms (CVF) announced today that she has sold her Chagrin Valley Farms to the Schneider Family, owners of Schneider Saddlery in Bainbridge Township, Ohio. “Over the last few years I have had inquiries about selling CVF, but for various reasons none of them came to […] 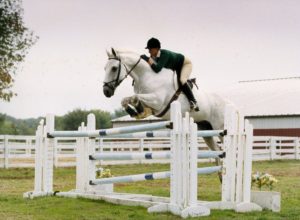 In 1982, Linda Lybarger was operating the Chagrin Valley Athletic Country Club with her father, Don Lybarger, when an investment opportunity arose. The former Post Farm, 135 acres of land across the road from the Athletic Club, was offered for sale by Forest City Enterprises. The Post family was among the early area settlers in the area and built there in 1837. Forest City had purchased the property as a future housing development site, but decided to offer the parcel for sale. The Lybargers saw this as a perfect investment and the chance to build a year-round equestrian facility which the members of the Athletic Club could enjoy.

She began planning and constructing the main barn and its adjoining 80’ by 250’ indoor arena, which was larger than most local arenas. She had in mind a year-round facility which could host horse shows and special events, in addition to providing riding lessons for members of the Athletic Club who didn’t own horses. With the added luxury of an all-weather sand ring and pastures, it wasn’t long before the barn was filled to capacity with boarders.

In 1984, Linda purchased a smaller 40-acre horse farm which was located a half mile from Chagrin Valley Farm. The former Krames farm became Chagrin Valley Farms’ West Barn. The smaller facility was a perfect location for the Farm’s lesson program and was later sold in ‘90s. However, the focus on introducing horses to new riders and developing them, continued through a growing lesson and summer camp program.

Chagrin Valley Farms continued to grow and expand with a new nine-acre grassy polo field, and in 1990, a new indoor arena was constructed adjoining the original arena which allowed room for riding and space for temporary stalls to be constructed for the horse show exhibitors. Spectators and exhibitors could relax in a spacious viewing lounge with its own snack bar and cabaret style seating.

The facility was well known and in the 1990’s it was selected to host the Chagrin Valley PHA Horse Show and the Cleveland Grand Prix when it relocated from its home at the Cleveland Metroparks Polo Field, as well as the National Equestrian Festival of Cleveland consisting of two major horse shows and a grand prix managed by Stadium Jumping and Gene Mische. 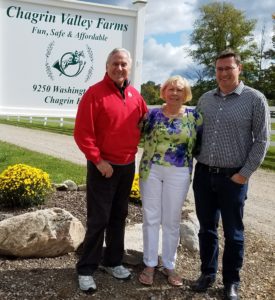 In 2017 the Schneider family, owners of Schneider Saddlery in Bainbridge, Ohio, purchased Chagrin Valley Farms with the goal of building the worn facility back into a top equestrian campus.